An event to mark the eightieth anniversaries of Kristallnacht and the Kindertransport, held in collaboration with the Jewish Museum London and The Wiener Library

2018 marks the eightieth anniversary of momentous events in the history of Nazi Germany: the violence of Kristallnacht, the Anschluss (the incorporation of Austria within Germany), the German takeover of the Sudetenland, and the inception of the Kindertransport, all of which took place in 1938.  Each of these episodes was a landmark in German, British and Jewish history as Europe moved towards the outbreak of war and as German persecution of Jews developed and culminated in a policy of extermination. Our panel of three experts, Mary Fulbrook, Nicholas Stargardt and Jennifer Craig-Norton, will explore how these events unfolded, analyse their historical significance and ask, how should we remember them today?

Nicholas Stargardt is Professor of Modern European History at the University of Oxford, his publications include: The German War: A Nation under Arms, 1939-45 (Bodley Head, 2015) and Witnesses of War: Children’s Lives under the Nazis (Jonathan Cape, 2005).

Jennifer Craig-Norton is a British Academy Postdoctoral Fellow at the University of Southampton, her doctoral thesis explored ‘Contesting Memory: New Perspectives on the Kindertransport’.

Chaired by David Feldman, Pears Institute for the study of Antisemitism, Birkbeck, University of London 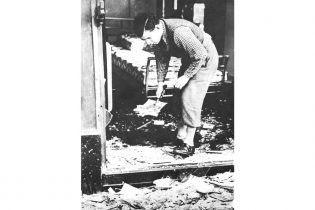