Recent debates about contemporary racism and national memorial cultures, instigated in part by global revolts against anti-Black policing, have put pressure on both the historiographic assertion of the Holocaust’s fundamental difference from other forms of racial violence and the ritualization of Holocaust remembrance. In James Baldwin’s protracted and ambivalent engagement with Holocaust history and memory in the 1960s, Baldwin coded moral orientations toward the Holocaust to political orientations toward Black oppression and revolt. In doing so, he clarifies how Holocaust history and memory both provide a vital resource for interpreting the real-time trajectory of Black militancy while at the same time functioning to recuperate repressive national mythologies.

Ben Ratskoff is visiting assistant professor in the Louchheim School of Judaic Studies at Hebrew Union College and the University of Southern California. He completed his dissertation, Waltzing with Hitler: Black Writers, the Third Reich, and Demonic Grounds of Comparison, 1936-1940, in June 2021. His writing has appeared in Jewish Studies Quarterly and Studies in American Jewish Literature, as well as the Los Angeles Review of Books, Jewish Currents, The Funambulist, and Truthout. 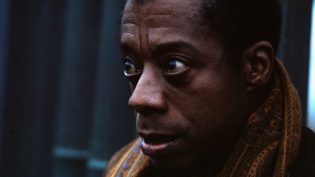