A Life, a Death, a Legacy: Writing the History of Ritual Murder

The Life and Passion of William of Norwich, written in the twelfth century by Thomas of Monmouth a Benedictine monk, contains the earliest accusation that Jews killed a Christian child for hate of Christians and their beliefs. Such accusations were repeated over the centuries, in Europe and beyond. Believed by some and dismissed by others, they sometimes led to violence.

Miri Rubin’s lecture demonstrates the involvement of scholars and monks, bureaucrats and opportunists in attempts to make the accusation work. The story of child murder – first told in Norwich around 1150 – is as revealing about Christians as it is about Jews, both in the Middle Ages and since.

Miri Rubin is Professor of Medieval and Early Modern History at Queen Mary, University of London. She regularly appears on radio and television. Professor Rubin’s research interests lie in the study of the religious culture of Europe from 1100-1600. Her books include: Corpus Christi: the Eucharist in Late Medieval Culture (Cambridge University Press, 1991); and Gentile Tales; the Narrative Assault on Late Medieval Jews (Yale University Press, 1999; reprinted, University of Pennsylvania Press, 2004).

There will be a book signing and wine reception after the event. 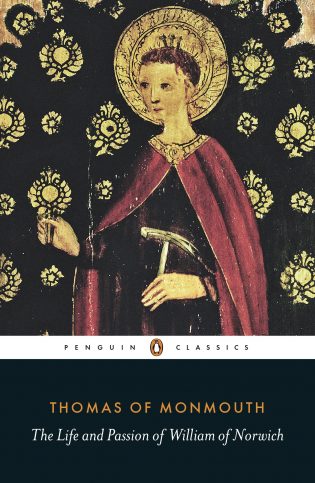