A Small Town near Auschwitz – Ordinary Nazis and the Holocaust

Two of Britain’s foremost historians on Germany and the Nazi era, Mary Fulbrook and Jane Caplan, discuss Mary Fulbrook’s new book, A Small Town Near Auschwitz – Ordinary Nazis and the Holocaust, exploring the wider historical issues it raises and Fulbrook’s own conflicts of interest, in her professional and personal roles, as she uncovered a story behind a family she had known all her life.

In A Small Town Near Auschwitz, Mary Fulbrook re-creates the story of Udo Klausa, the principal civilian administrator of Bedzin, a town that lies just 25 miles from Auschwitz.
Klausa was a ‘perfectly ordinary’ family man. Yet he was also responsible for implementing Nazi policies towards the Jews in his area – processes that were the precursors of genocide. Through the ghettos of Bedzin and a neighbouring town 85,000 Jews passed on their way to slave labour or the gas chambers.

The story that unfolds is important because in many ways it is so typical. Across the Third Reich other ordinary administrators, just like Klausa, facilitated the murderous plans of a relatively small number of the Nazi elite. Everyday racism unwittingly paved the way for genocide. These men ‘knew’ and yet mostly suppressed this knowledge, performing their day jobs without apparent recognition of their own role in the system, or – despite evidence of growing unease, certainly in Klausa’s case – any real sense of personal wrongdoing, responsibility, or later remorse.

A short film about Bedzin and Mary Fulbrook’s research will be shown before the discussion. 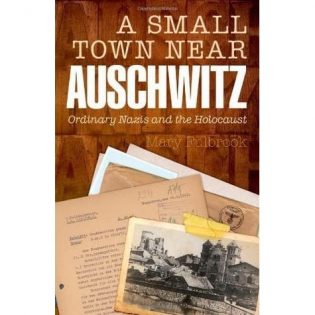