Antisemitism and the Law

The role religion and race play in determining judicial thinking in England today will be explored in this round-table discussion. It will take as its starting point, Didi Herman’s ground-breaking new book, An Unfortunate Coincidence: Jews, Jewishness and English Law. This examines how English judges depict Jews in the 20th and 21st centuries. It highlights the part played by racial and religious understanding and addresses the place of the Jewish minority within the English cultural imagination. Opening the discussion, Didi will consider the complex and often contradictory approaches to Jews and Jewishness within judicial discourse, challenging assumptions both about any simple narrative of ‘antisemitism’ and about the tolerance and neutrality of English Law. 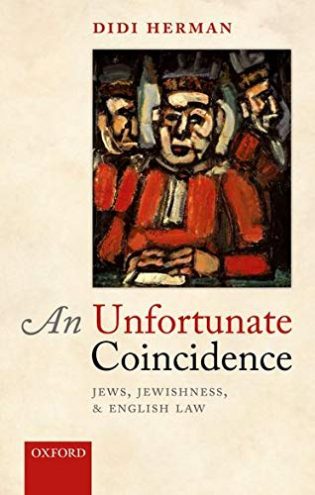