This event was scheduled to take place on the 1 December. However, due to University and College Union strike action on this day it has postponed. The seminar will now be held on Wednesday 8 December at 1.00pm.

In the last several years, episodes of anti-Jewish violence in the United States have prompted scholars to rethink traditional models for understanding anti-Jewish bigotry, discrimination, and violence in the country. In this seminar, Britt Tevis will address the intellectual history of how scholars have traditionally conceptualized antisemitism in the U.S. and offer alternative frameworks, which present antisemitism as intrinsically linked to anti-Black racism, Islamophobia, and other forms of racial hatred. 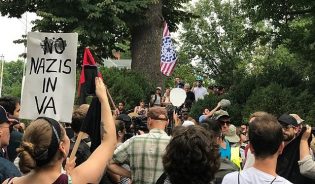