Antisemitism, Racism, National Socialism, and what does this history mean for public memory today?

This public lecture is part of the international conference, Beyond Camps and Forced Labour: current international research on survivors of Nazi persecution

In this talk, Professor Schüler-Springorum will give an overview of the entanglements of antisemitism and racism that characterized National Socialism and which led to millions of victims – albeit from very different groups – all over German-dominated Europe. For a variety of reasons,  these diverse victim groups have been remembered in different ways which now, in the second decade of the 21st century, have come under close scrutiny.

In public debate the relationship between antisemitism and racism is being reassessed and their relationship to the mass murder of European Jews is now contested. Stephanie Schüler-Springorum proposes that a sober look at historical developments will help put this debate back on its feet and help us move to a more worthy discussion of public memory today.

Stefanie Schüler-Springorum, is a Professor of History and Director of the Center for Research on Antisemitism, Technical University Berlin. She is also Co-Director of the Selma-Stern-Center for Jewish Studies, Berlin and Director of the Berlin branch of the Center for Research on Social Cohesion. Her research focuses on Jewish, German and Spanish History, as well as Gender History. Recent publications include: Football and Discrimination. Antisemitism and Beyond (Routledge, 2021, co-ed. with P. Brunssen); Four Years After: Antisemitism and Racism in Trump’s America (Universitatsverlag Winter, 2020, co-ed. with N. and M. Zadoff, H. Paul); and Gender and the Politics of Anti-Semitism, American Historical Review 123 (2018), pp. 1210–1222.

This event is part of the international conference, Beyond Camps and Forced Labour: current international research on survivors of Nazi persecution, 4 January – 6 January 2023, hosted by Birkbeck Institute for the Study of Antisemitism and The Wiener Holocaust Library. This conference brings together scholars from a variety of disciplines who are engaged in research on all groups of survivors of Nazi persecution, and who explore its aftermath in Europe and beyond, including issues of survival, rehabilitation, postwar trials and justice, and memory. 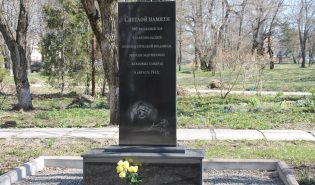