Blood Fractions: the Octoroon and Other Fantasies

In the eighteenth and nineteenth centuries, the slave trade, colonial administration and racial science developed a whole structure and language for calculating the precise mixture of blood in the offspring of white Europeans and their subject populations. The official line was that mixing was impossible, but the improvised language of ‘half-bloods’, ‘quadroons’, ‘octoroons’, and other terms suggested otherwise. This was the vast mixed population that existed ‘beyond the pale.’ In Victorian culture, the octoroon (a person with one-eighth black blood) was a kind of vanishing point, a focus of anxiety about detecting the taint of ‘bad’ blood. While in the twentieth century, the Nazis sought to protect ‘pure’ German blood from becoming tainted by the blood of Jews. In this talk Professor Luckhurst explores literary and cultural representations of mixed bloods.

Roger Luckhurst is Professor of Modern and Contemporary Literature at Birkbeck, University of London. He is a recognized expert on nineteenth century literature, pseudo-scientific thought, the Gothic and science fiction; and contributes to arts programmes on BBC Radio Three and Four.

This lecture is one of a series being held alongside the Blood exhibition at the Jewish Museum London (5 November 2015 – 28 February 2016), which was conceived in collaboration with the Pears Institute for the study of Antisemitism.

View the presentation that accompanied the talk 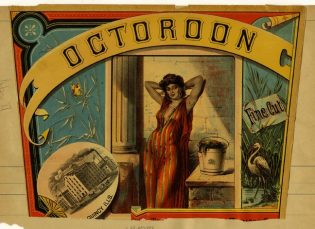