Bringing the Dark to Light: Memory of the Holocaust in Post-Communist Europe

With the collapse of communism in Eastern Europe in 1989, coming to terms with the Holocaust and the destruction of the East European Jewry was one of the political, moral and cultural challenges that encumbered post-communist countries in their ‘return’ to Europe. However, the restoration of memory has not been a smooth or unifying process. It is still undergoing many dynamic transformations of competing and discordant remembering, hindered by recollections of the Gulag and reluctance to come to terms with the wartime past and fate of local Jewish communities.

Dr Michlic will examine the two major stages in the process of restoration of Holocaust memory in post-communist Europe. She will argue that in order to understand its ongoing dynamics, three key dimensions should be considered: remembering to remember, remembering to benefit, and remembering to forget. It is by studying these dimensions carefully, she proposes, that we can learn the nature of the reconceptualization of Jews and the Holocaust, and the limits of recognition and integration of the “dark past”, by broader multigenerational sections of post-communist societies.

Joanna Beata Michlic is a social and cultural historian and Director of the Hadassah-Brandeis Institute Project on Families, Children and the Holocaust. Her publications include: Neighbors Respond: The Controversy about Jedwabne, Princeton University Press, 2004 (co-edited with Antony Polonsky); and Poland’s Threatening Other: The Image of the Jew from 1880 to the Present, University of Nebraska Press, 2006. Bringing the Dark to Light: The Reception of the Holocaust in Post-Communist Europe (co-edited with John-Paul Himka), University of Nebraska Press, will be published in spring 2013.

Joanna Michlic is a Rothschild Foundation Visiting Fellow at the Pears Institute for the study of Antisemitism. 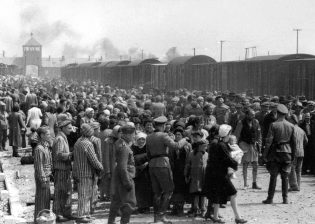