Ritual practice defines religion, not least the ancient practice of infant male circumcision undertaken by Jews and others.

Among western societies, the United States is the nation in which infant male circumcision is most widely accepted and practiced. Here 55 per cent of infant male children have their foreskin surgically removed before leaving hospital, but for “health” rather than for “religious” reasons. In Europe, by contrast, only 10 per cent of boys are circumcised.

In this lecture the renowned scholar Sander Gilman asks what happens when religion and medicine compete or are allied; what happens when these two aspects of the public sphere overlap? In what contexts does circumcision occur as a health practice or as a risk? What are the implications of health-related circumcision for religious practice?

Sander L. Gilman is Professor of the Liberal Arts and Sciences as well as Professor of Psychiatry at Emory University, Atlanta, Georgia. A distinguished cultural and literary historian, he is the author or editor of over eighty books, most recently, Illness and Image: Case Studies in the Medical Humanities (Transaction Publishers, 2015); and the edited volume, Judaism, Christianity, and Islam: Collaboration and Conflict in the Age of Diaspora (Hong Kong University Press, 2014).

This lecture is one of a series taking themes from the Blood exhibition held at the Jewish Museum London (5 November 2015 – 28 February 2016), which was conceived in collaboration with the Pears Institute for the study of Antisemitism.

David Feldman, Pears Institute for the study of Antisemitism - Introduction 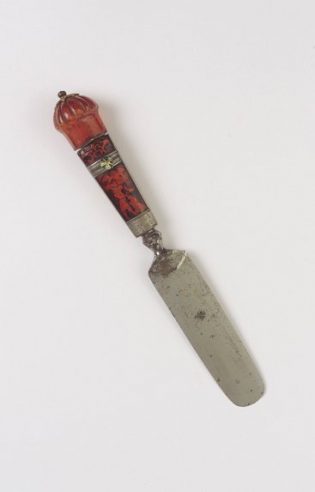