Competing Modes of Anti-Racism in Britain since the 1960s

‘Antisemitism’ and ‘Racism’ are highly contested terms today, with little consensus on their definitions, and even less on how they may or may not relate to each other. This talk will argue that there have been two distinct modes of anti-racism in Britain since the 1960s with their roots in the creation of the first Race Relations Act in 1965. One, led predominantly by Jewish activists, understood racism primarily as antisemitism, viewed the neo-fascist far right as its main target, and saw the Holocaust as its primary historical locus. The other, led mostly by Black and Asian activists, understood racism as the structural oppression of people of colour by the British state and its agencies, and located the origins of racist ideologies in the histories of slavery and colonialism. These two modes held differing levels of influence over time and went through periods of co-operation and competition. This talk will consider how the divide between them was bridged by a handful of dissident Jewish socialists and how this historical framework can help us navigate contemporary anti-racist controversies.

Joseph Finlay is a PhD history student at The Parkes Institute, a leading centre for the study of Jewish non-Jewish relations, at the University of Southampton. He was a former Deputy Editor of The Jewish Quarterly and is musical director of The London Jewish Male Choir and Mosaic Liberal Synagogue.

Play: Competing Modes of Anti-Racism in Britain since the 1960s 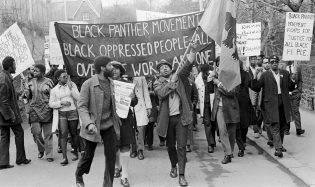