In collaboration with the Leo Baeck Institute London

In the aftermath of the vote for Brexit in 2016, Prime Minister Theresa May controversially broached a key issue of our times: how do we identify ourselves, and must our sense of belonging be defined by national borders?

These questions are closely connected to the term cosmopolitanism, which has long been the subject of scholarly debate. Cosmopolitanism is often seen as providing a perspective on the world that looks beyond immediate borders and nation states. It is also a term that has been closely wedded to Jewish experiences of modernity, and to the politics of antisemitism. In addition, postcolonial theorists have explored how cosmopolitanism speaks to other minority experiences, both within Europe and beyond.

This event brings together four leading scholars to explore what cosmopolitanism means today.

Sander Gilman, Distinguished Professor of Liberal Arts at Emory University, co-author of Cosmopolitanisms and the Jews (University of Michigan Press, 2017).

Bryan Cheyette, Professor of English Literature at the University of Reading, author of Diasporas of the Mind: Jewish and Postcolonial Writing and the Nightmare of History (Yale University Press, 2013).

Gurminder Bhambra, Professor of Postcolonial and Decolonial Studies at the University of Sussex, co-editor of European Cosmopolitanism: Colonial Histories and Postcolonial Societies (Routledge, 2016).

Play: Welcome and Introduction by Daniel Wildmann and Brendan McGeever

Play: Questions and discussion - chaired by Brendan McGeever, Acting Associate Director of the Pears Institute for the study of Antisemitism 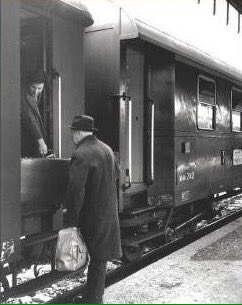