26th March, 2017
10:45 am - 5:30 am
Birkbeck, University of London, Room B33 Malet Street, Bloomsbury, London WC1E 7HX
The Pears Institute explores, through two powerful documentaries, the ways individuals and generations deal with the discovery of uncomfortable family truths - the past actions of parents and grandparents; and the challenge of confronting them.

The Pears Institute explores, through two powerful documentaries, the ways individuals and generations deal with the discovery of uncomfortable family truths – the past actions of parents and grandparents; and the challenge of confronting them.

The films will be shown back to back with a break for lunch. You may come for the whole day, to either film screening (morning or afternoon), or join us for the final panel discussion that follows.

My Nazi Legacy (David Evans, 2015)
Written and presented by eminent human rights lawyer and author, Philippe Sands, this film observes three men wrestling with the legacy of the Holocaust and their own family’s past as they travel together across Europe. For two of them, sons of prominent Nazi officials, it involves a confrontation with the acts of their fathers. For Sands, it means visiting the place where his family was murdered as a consequence of the actions of the fathers of the two men he has come to know.

The Flat (Arnon Goldfinger, 2011)
Helping to clear out his grandmother’s flat in Tel Aviv, film director Arnon Goldfinger discovers, in this award-winning film, that his German-Jewish grandparents, the Tuchlers, had a long-lasting friendship with the high-ranking Nazi official, Leopold von Mildenstein, head of the SS Office for Jewish Affairs (prior to Adolf Eichmann), both before and after the war. So begins Goldfinger’s emotional journey of discovery, inter-woven with the reactions of two daughters, his own mother, and the daughter of Mildenstein, neither of whom initially want to know about their own parents’ past.

In the panel discussion, speakers will consider the questions the films raise about memory and legacy within families. How do individuals cope with evil, deceit or betrayal of other family members? Do men react differently from women? Do different generations react differently? How do the actions of past lives colour the lives of those in the present? Should descendants acknowledge or apologise for wrong-doings of others? And how does one think about conscious deception as opposed to unconscious denial and disavowal?

About the panel speakers: Stephen Frosh is a specialist on the social and cultural applications of psychoanalytic theory, considering gender, identity, otherness and racist hate; Catherine Hall is a feminist cultural and social historian whose most recent work has been on the impact and legacy of slavery in modern Britain; and Daniel Pick is a cultural and intellectual historian and psychoanalyst, with a particular interest in the history of thought about Nazism and psychology. 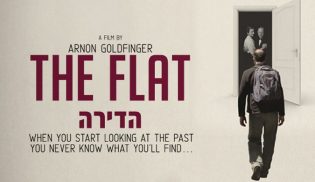