Diasporas of the Mind

Jewish and Postcolonial Writing and the Nightmare of History

Bryan Cheyette’s important and original new book, Diasporas of the Mind, sheds new light on a wide range of modern and contemporary writers to explore the power and limitations of the diasporic imagination after the Second World War.

In this round-table discussion, Bryan is joined by Robert Eaglestone, who has written extensively on Holocaust literature and contemporary fiction and internationally renowned literary critic and broadcaster, Sushelia Nasta, to explore the writings of Hannah Arendt, Frantz Fanon, Primo Levi, Caryl Phillips, Philip Roth, Salman Rushdie, Edward Said, Zadie Smith and Muriel Spark, among others. They will discuss the ways in which histories and cultures can be imagined across national and communal boundaries and consider Bryan’s argument for a new comparative approach which encompasses both Jewish and postcolonial writers. 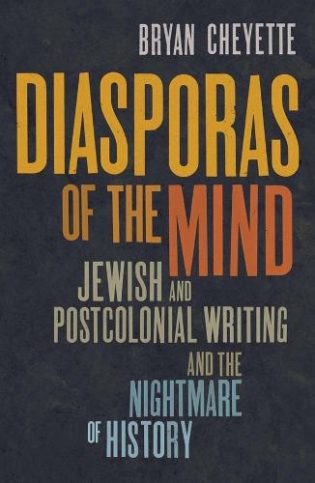