Equality, Race and the Jewish Problem

Professor David Feldman’s inaugural lecture, Equality, Race and the Jewish Problem, considers the changing debate on the Jewish presence in Britain in the 18th and 19th centuries, asking whether hostility towards Jews was marginal or central to British society.

“In 1753, just months after it passed into law, the Whig government repealed an Act of Parliament that allowed foreign-born Jews to naturalise as British subjects,” comments Professor Feldman. “Yet just over 100 years later Lionel de Rothschild became the first professing Jew to sit in Parliament. In the intervening century attitudes to Jews had changed radically. This legal transformation was underpinned by the new belief that despite superficial differences, Christians and Jews were essentially similar.”

Professor Feldman continues, “These notions of similarity were challenged over the coming decades both by the developing idea of racial difference and also by the persistence of the Jews’ distinctiveness. In this way, the historic debates on the Jews force us to consider how to reconcile equality and difference – a dilemma which remains as powerful in the present as in the past.”

David Feldman’s inaugural lecture was revised and published as: ‘Conceiving Difference: Religion, Race and the Jews in Britain, c.1750-1900’, History Workshop Journal, August 2013. You can read it here

Play: Vote of Thanks by Professor Gareth Stedman Jones 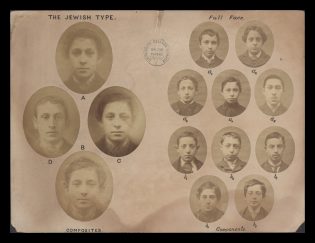