In collaboration with the Department of Politics, Birkbeck, University of London

The UK Independence Party, Danish People’s Party and French Front National won nearly 30 percent of the vote in the 2014 European elections on an anti-immigration platform. Since then, Europe’s migrant crisis has further raised the significance of the immigration issue among western European publics. Populist Right parties such as the Sweden Democrats, Austrian Freedom Party and True Finns have surged in the polls. The Freedom Party has doubled its vote share in Austrian local elections. In Germany and Sweden, opposition to immigration has risen dramatically. At the same time, many voters support the plight of the refugees which some observers hope will damage the populist right.

This event brings together leading commentators and scholars to discuss British and European asylum and immigration policy and what current research tells us about the implications of the migrant crisis for the rise of the populist right.

Matthew Goodwin, University of Kent, and author of two books on UKIP, Revolt on the Right: Explaining Support for the Radical Right in Britain (with Rob Ford) 2014, and the upcoming UKIP: Inside the Campaign to Redraw the Map of UK Politics (Nov 2015). View the accompanying presentation.

Eric Kaufmann, Birkbeck, University of London is co-author of Changing Places: the White British Response to Ethnic Change in Britain (2014, Demos), co-editor of Political Demography (Oxford 2012), and author of Shall the Religious Inherit the Earth (2010). View the accompanying presentation.

Daphne Halikiopoulou, University of Reading, is co-author of The Golden Dawn’s ‘Nationalist Solution’: Explaining the Rise of the Far Right in Greece (2015). View the accompanying presentation.

Chris Bertram is Professor of Social and Political Philosophy at the Department of Philosophy, University of Bristol, and blogs regularly on issues related to migration.

David Goodhart is director of the Demos Integration Hub and founder of Prospect magazine.

The discussion concluded with an audience Q&A. 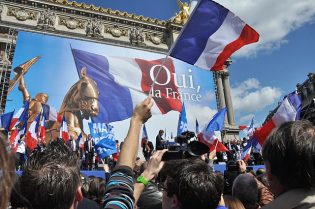