Fiddler on the Roof

This event, held as part of Birkbeck Arts Week 2019, is one of a series exploring themes from the exhibition, Jews, Money, Myth at the Jewish Museum London (19 March – 17 October), developed in collaboration with the Pears Institute for the study of Antisemitism.

At the turn of the twentieth century, in the midst of poverty, pogroms, and revolutionary politics, Tevye, a poor Jewish dairyman from a small town (or shtetl) in the Russian Empire, struggles to provide for his family and to withstand the threats of social change. His three oldest daughters present a particular challenge. They shun his plans to secure each a good husband through the local matchmaker – they wish to marry for love. Each one’s choice of husband moves further from Jewish faith and tradition. But ‘without our tradition’, Tevye fears, ‘our lives would be as shaky as a fiddler on the roof’. This critically acclaimed  musical (Norman Jewison, 1971) is based on stories written by the canonical Yiddish writer Sholem Aleichem. With wit and exuberence, Fiddler on the Roof, remembered most for the song ‘If I were a rich man’, captures an imagined world of the shtetl.

In the panel discussion speakers will explore Jewish life in Eastern Europe as it is represented in the film and its bearing on the experience of ‘money’ and its absence in the shtetl.

About the speakers: Dr Helen Beer is a native Yiddish speaker and lecturer in Yiddish at University College London. She has published on modern Yiddish literature. Dr Devorah Baum is an Associate Professor in English Literature and Critical Theory at  the University of Southampton, her recent book Feeling Jewish: A Book for Just About Anyone (Yale University Press, 2017), explores fiction, film, and memoir to explore feelings that have been stereotypically associated with modern Jews.

This film is being shown in a lecture theatre, not a cinema. The lecture theatre is not equipped to accept latecomers once the film has begun and the lights are down. For safety reasons, therefore, latecomers cannot be admitted. Please arrive in good time. 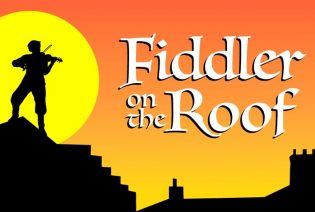