Heroes? Nations, Memory and the Jews

Memory is a vital component of national identity. But when it comes to Jews, national histories are mixed. In many cases, when nations have forged their identity, they have drawn the boundaries of their community in ways that exclude Jews. Sometimes national identities and national memories have been, and continue to be, closely bound up with antisemitism or an ambivalent relationship to Jews.

In this event, four speakers will discuss the issues raised by the memorialization of a national hero whose relationship to Jews was problematic or persecutory. The discussion will extend from the medieval period to the present, and across Europe, from west to east. Our speakers will address the ways in which Jews and antisemitism do (and do not) figure in national, local and minority memory cultures and how, if at all, this has changed over time.  The four presentations will be followed by a Q&A session with the audience.

About the Panel Speakers:

Ludivine Broch is a Senior Lecturer in History at the University of Westminster. She is the author of Ordinary Workers: French Railwaymen, Vichy and the Holocaust, (Cambridge University Press, 2016) which was translated into French. She has edited volumes, contributed chapters and written articles on the topics of rescue in the Holocaust, the memory of the Second World War, railwaymen, and most recently on colonial resisters. She is currently working on histories of material culture, gratitude and international relations in the postwar period.

Michael Carter-Sinclair is a Visiting Research Fellow at King’s College, London. His work has focused on antisemitism in Vienna from the middle of the nineteenth century to around the middle of the twentieth.  In his book, Vienna’s ‘Respectable’ Antisemites: a Study of the Christian Social Movement (Manchester University Press, 2021), he challenges a number of established notions about the coalition of the lower clergy and the lower bourgeoisie that was critical to the development of politically organised Viennese antisemitism.

Victoria Khiterer is an Associate Professor of History at Millersville University, Pennsylvania. She is a founding member of the Academic Council of the Babyn Yar Holocaust Memorial Center in Kiev, Ukraine. Dr. Khiterer is author and editor of seven books and over a hundred articles on Russian, Ukrainian and Eastern European Jewish History and the Holocaust. She is currently working on her new monograph Echo of Babi Yar: Commemoration and Memorialization of the Holocaust in Kiev.

Elizabeth Tingle is a Professor of History at De Montfort University, Leicester, and previous taught at Plymouth and Northampton Universities. She has written extensively on the Reformations and religious conflict in early modern Europe, especially in France.  Her latest books are Sacred Journeys: Long Distance Pilgrimage in North-Western Europe in the Counter Reformation (De Gruyter, 2020) and with Philip Booth (eds.), A Companion to Death, Burial and Remembrance in Late Medieval and Early Modern Europe c.1300-c.1700 (Leiden, 2021). 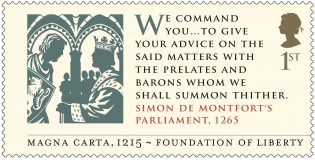