Holding on Through Letters: Jewish Families During the Holocaust

Jewish families in Nazi Europe tried to hold onto each other through letters. But wartime conditions applied. Letters were censored, and could not be sent between countries at war with each other. How to keep in contact? And, once contact was established, what to say — and about what to remain silent? In her presentation, Deborah Dwork will trace how letters became threads stitching loved ones into each other’s constantly changing daily lives.

Debórah Dwork is the Founding Director of the Center for the Study of the Holocaust, Genocide, and Crimes Against Humanity at the Ralph Bunche Institute for International Studies, Graduate Center, The City University of New York. She is renowned for her scholarship on Holocaust history and her pathbreaking early oral recording of Holocaust survivors, weaving their narratives into the history she writes. Her award-winning books include: Flight from the Reich (W.W. Norton, 2012); Auschwitz (W.W. Norton, 2006); Holocaust (W.W. Norton, 2002); and Children With A Star (Yale University Press, 1991). Debórah Dwork is also recipient of the International Network of Genocide Scholars Lifetime Achievement Award (2020). 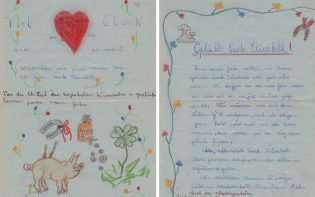