Holocaust Memorial Lecture in collaboration with the Institute of Historical Research

In this lecture, Professor Subotic will explore the ways in which the memory of the Holocaust in post-communist Eastern Europe has been used to represent other types of historical crimes. Specifically, she will examine the extent to which this instrumentalization of Holocaust memory has fed the rise of nationalized, particularized, and populist remembrance practices, and has helped produce a crisis in Holocaust memory globally.

Focusing on post-communist Eastern Europe, Professor Subotic will demonstrate how the familiar narratives and images of the Holocaust have been repurposed for two main goals: first, to elevate the suffering of non-Jewish national majorities and equate this with the Holocaust; and second, to reposition the crimes of communism as the dominant criminal legacy of the 20th century on a par with, and sometimes overtaking, the legacy of the Holocaust.

Jelena Subotic is a Professor in the Department of Political Science at Georgia State University in Atlanta, USA. She specializes in memory politics, international relations and the politics of the Western Balkans. Her most recent book, Yellow Star, Red Star: Holocaust Remembrance after Communism (Cornell University Press, 2019), won the 2020 Joseph Rothschild Prize in Nationalism and Ethnic Studies, the American Political Science Association’s 2020 European Politics and Society Book Prize and the 2020 Robert L. Jervis and Paul W. Schroeder Award for the best book on international history and politics. 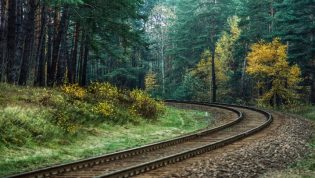