How Illiberal Memory Politics is Hijacking the Discourse on Antisemitism

In this seminar, Andrea Pető considers how different illiberal governments and political parties are hijacking the memory politics of the Holocaust. The list of their interventions is long: rehabilitating controversial politicians of the interwar era; rewriting the history curriculum in secondary education; erecting Second World War monuments at night; founding several revisionist historical research institutions and museums; and erasing the memory of local collaborators – to mention just a few.

Andrea Pető proposes that there are three possible ways of conceiving this turn in memory politics: distortion, revisionism, or paradigm change.  She will argue that it is only paradigm change which can explain how illiberal governments achieve the seemingly impossible task of rehabilitating antisemitic politicians while purportedly fighting against antisemitism.

Andrea Pető is a historian and a Professor at the Department of Gender Studies, Central European University, Austria, a Research Affiliate of the CEU Democracy Institute, Budapest, and a Doctor of Science of the Hungarian Academy of Sciences. Her works on gender, politics, Holocaust, and war have been translated into 23 languages. Recent publications include: Forgotten Massacre: Budapest 1944 (DeGruyter, 2021) and The Women of the Arrow Cross Party. Invisible Hungarian Perpetrators in the Second World War (Palgrave Macmillan, 2020). She was awarded the 2018 All European Academies (ALLEA) Madame de Staël Prize for Cultural Values and the 2022 University of Oslo Human Rights Award. 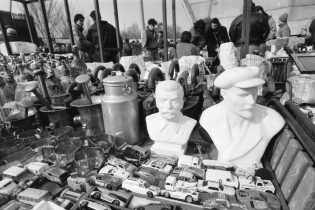