Intersectionality and its Discontents: Why Antisemitism Matters

Intersectionality is a methodological approach in the social sciences that investigates the multidimensionality of power relations. Coined in the 1980s by theorists of Black Feminism to analytically grasp and criticise the specific forms of multiple discrimination of women of colour, the concept has experienced an unparalleled upswing in recent years and has been applied to a multitude of other cases of discrimination. However, it is striking that global antisemitism is only rarely included in intersectional theory, and Jews are often excluded from feminist anti-racist social movements that claim to be guided by intersectionality. This poses the question: why does the intersectionality framework routinely exclude antisemitism?

Karin Stögner is Professor of Sociology at the University of Passau, Germany and co-ordinator of the Research Network on Racism and Antisemitism in the European Sociological Association. Her work focuses on the critical theory and feminism as well as on the interrelation of antisemitism, sexism and nationalism. 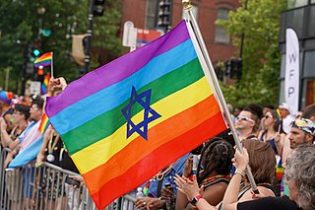