Rarely screened in the UK, Iskateli schast’ia (Vladimir Korsh-Sablin, 1934) offers insight into how themes of assimilation, antisemitism, Zionism and communism were expressed in Soviet cinema under Stalin.

During the late 1920s, many impoverished Jews searching for a better life made their way to Birobidzhan, the new Soviet Jewish Autonomous Region on the Chinese border. This film tells the story of one Jewish family’s migration to the new ‘Soviet Zion’ and their experiences as settlers on a collective farm as they build their new life.

In the panel discussion speakers will consider questions the film raises about the history of Jews under communism and the relationship between Zionism and the Soviet project. How did a ‘Soviet Zion’ emerge under Stalin; and how did Jews respond to the invitation to migrate to the Siberian Far East? What was life like in the new (Soviet) Jewish state? How were Jews and Jewishness depicted in Soviet cinema? And how does the film and its subject matter sit within the wider history of the relationship between Marxism and Jewish politics?  Chair: Dr Brendan McGeever, Acting Associate Director of the Pears Institute for the study of Antisemitism.

About the panel speakers: Claire le Foll is a historian of East European Jewry, and has a particular interest in Soviet Jewish cinema; Philip Spencer is Professor Emeritus in Holocaust and Genocide Studies and has a specialist interest in Marxism and Jewish politics; and Professor Robert Weinberg is a specialist on the history of Birobidzhan and Soviet Jewish history more generally. 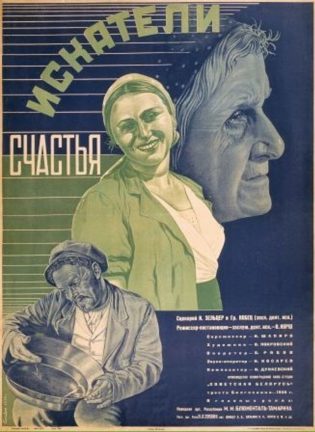