In the postwar period, Jewish-Christian relations have been characterised by an increase in dialogue and mutual respect, and a spirit of post-Holocaust contrition on behalf of church leaders.  In this atmosphere, the Catholic Church’s Nostra Aetate declaration of 1965, among other similar Church statements, set out new terms for Jewish-Christian engagement.  In Britain, the Council of Christians and Jews, established in 1942, led educational and community work to build bridges between the two faiths.

In this talk, Professor Schaffer considers this postwar atmosphere as an example of interfaith relations, focusing on residual tensions and challenges, specifically on Jewish suspicions concerning Christian evangelism.  In particular, he will explore Jewish fears about the growth of Messianic Judaism, and the community’s responses to what it perceived as increasing and threatening missionary activity in this period. 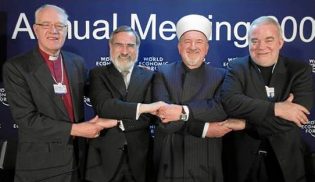