The emancipatory promise of liberalism – and its exclusionary realities – shaped the fate of Jews in many parts of the world during the age of empire. Yet historians have mostly understood the relationship between Jews, liberalism and antisemitism as a European story only, defined by the collapse of liberalism between the two world wars and by the Holocaust. This panel discussion takes as its starting point the new, ground-breaking volume of essays Jews, Liberalism, Antisemitism: A Global History, edited by Abigail Green and Simon Levis Sullam (Palgrave Macmillan, 2020), to explore how liberalism, citizenship, nationality, religion, race and gender functioned and interacted differently in European Jewish heartlands, in the Mediterranean peripheries of Spain and the Ottoman empire, and in the North American Atlantic world.

Abigail Green is Professor of Modern European History at Brasenose College, University of Oxford. Her current research focuses on international Jewish history, liberalism and the Jews, and transnational humanitarian activism.

Simon Levis Sullam is Associate Professor in Contemporary History at the University Ca’Foscari Venice, Italy. His fields of interest include the history of ideas and culture in Europe and the history of the Jews and of antisemitism.

Jessica Marglin holds the Ruth Ziegler Early Career Chair in Jewish Studies and is Associate Professor of Religion, Law and History at the University of Southern California. She works on the history of Jews and Jewish-Muslim relations in modern North Africa and the Mediterranean.

Derek Penslar is the William Lee Frost Professor of Jewish History at Harvard University. He studies Jewish history within the frameworks of modern capitalism, nationalism, and colonialism. 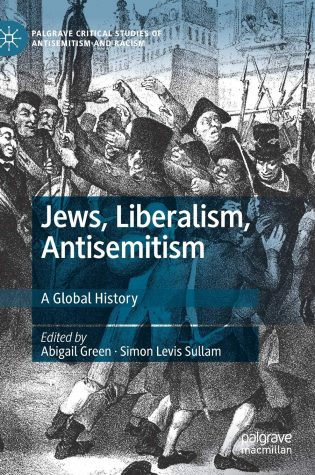