Jews, Muslims, Frenchmen: The Promises and Perils of Fraternity

Headlines from France suggest that Muslims and Jews have renewed an age-old struggle. But the past tells a different story. In this talk, Ethan Katz discusses the findings from his prize-winning book, The Burdens of Brotherhood. He traces the simultaneous development of coexistence and conflict among Jews and Muslims in France across the twentieth century and up to our own time. Katz takes us inside little known relationships between individual Jews and Muslims around common culture and shared interests cafes, concert halls, neighbourhoods, and athletic clubs. At the same time, he shows how the defining events of the past hundred years – from the rise of fascism and the Holocaust, to the French-Algerian War and decolonization, to the Israeli-Arab conflict and the rise of global jihad – have become increasingly difficult to escape and have had a far-reaching impact on the interactions and mutual perceptions of Jews and Muslims in France.

A drinks reception and book signing will follow the lecture.

Ethan Katz is Associate Professor of History at the University of Cincinnati.  He is the author of the prize-winning book The Burdens of Brotherhood: Jews and Muslims from North Africa to France (Harvard University Press in 2015). He is also the co-editor of three collections, most recently with Jonathan Judaken, ‘Jews and Muslims in France After Charlie Hebdo and Hyper-Cacher’, forthcoming as a special issue of the journal Jewish History.

Play: Introduction by Dr Brendan McGeever, Acting Associate Director of the Pears Institute for the study of Antisemitism 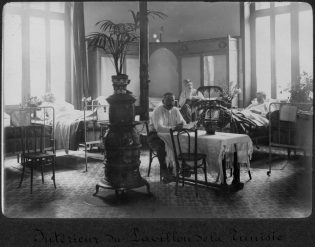