Jews of Colour: Race and Afro-Jewishness

This lecture addresses the question of Jews of colour. As some Jews became ‘white’ in the twentieth century, large groups of non-white Jews simply disappeared, or at least disappeared as Jews. Anxieties about the intersections between Jews and race play an important role in sustaining some of the fallacies that mark discussions around Jews of colour. Much of this is also related to ignorance – ironically among Jews as well as non-Jews – of Jewish history and the specific history of the concept of antisemitism. In this lecture, Professor Lewis Gordon explores some unique challenges and dynamics faced specifically by Afro-Jews, in light of the tendency in Euromodern scholarship to erase the African elements, in what is now known as ‘western’ history and its religions.

Lewis R. Gordon is Professor of Philosophy at the University of Connecticut, where he holds affiliations in Jewish Studies and Caribbean and Latin American Studies. He is a political thinker, public intellectual and musician. His recent books include Journeys in Caribbean Thought, co-edited, with Jane Anna Gordon et. al., (Rowman & Littlefield International, 2016), Geopolitics and Decolonization: Perspectives from the Global South, with Fernanda Frizzo Bragato (Rowman & Littlefield International, 2018), and the forthcoming Fear of a Black Consciousness (Penguin). Recent articles include ‘Rarely Kosher: Studying Jews of Color in North America’, American Jewish History (2016).

Play: Introduction by Dr Brendan McGeever, Acting Associate Director of the Pears Institute for the study of Antisemitism 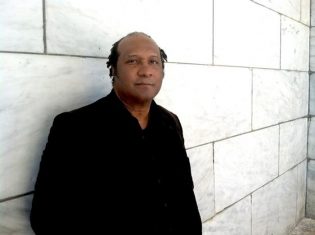