Placeless People: The Calamity of Statelessness

In 1944, the political philosopher and refugee, Hannah Arendt wrote: ‘Everywhere the word ‘exile’ which once had an undertone of almost sacred awe, now provokes the idea of something simultaneously suspicious and unfortunate.’

Lyndsey Stonebridge’s new book  Placeless People  examines how writers such as Arendt, Simone Weil, George Orwell, Samuel Beckett and Dorothy Thompson all understood that refugee ‘crises’ were in reality crises provoked by nationalism and failing forms of political citizenship. It shows that the meanings of ‘exile’ changed dramatically in the twentieth century. Taking this book as its starting point, the panel discussion explores how exiles from other places – refugees and people seeking asylum – have called into question ideas about sovereignty, law and nationhood, and asks how we should reckon with this challenge as we think about the present.

Les Back is a Professor of Sociology at Goldsmiths, University of London. He has published widely on issues of race, racism, popular culture and belonging and contributes regularly to The Guardian and New Humanist among others.

Lyndsey Stonebridge is a Professor of Humanities and Human Rights in the Department of English Literature/IRiS, University of Birmingham. Her work focuses on the interdisciplinary connections between literature, history, politics, law and social policy.

Daniel Trilling is editor of New Humanist magazine and the author of Lights in the Distance (Picador, 2018), a book about the experiences of refugees at Europe’s borders. He writes for publications including The Guardian, London Review of Books and New York Times. 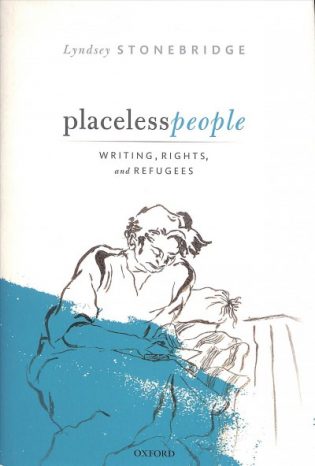