What were the reactions of contemporaries and eyewitnesses to antisemitic riots and popular violence in Europe in the nineteenth and twentieth centuries? How did their responses differ from our own understanding of pogroms and their history?  In this half-day workshop leading scholars will examine this question in three different contexts: nineteenth-century Germany, the Russian Empire in the late-nineteenth and early-twentieth centuries, and Poland in the aftermath of the Second World War.

The workshop will provide an opportunity both to examine reactions to these pogroms in their individual contexts and also to draw comparisons between the different cases. 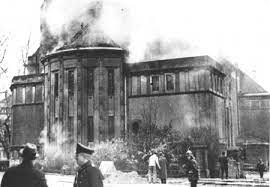