Pears Institute for the study of Antisemitism in collaboration with YIVO

In 1918-1921, nearly one hundred thousand Jews were murdered in pogroms in Eastern Europe. These ethnic riots dominated headlines and international affairs of their time as aid workers warned that six million Jews were in danger of complete extermination. Twenty years later, these dire predictions came true. This talk examines how the genocidal violence that engulfed the region right after the Russian Revolution laid the groundwork for the Holocaust.

Jeffrey Veidlinger is Joseph Brodsky Collegiate Professor of History and Judaic Studies and Director of the Frankel Center for Judaic Studies at the University of Michigan. He is the author of the award-winning books including Jewish Public Culture in the Late Russian Empire (2009), and In the Shadow of the Shtetl: Small-Town Jewish Life in Soviet Ukraine (2013), and Editor of Going to the People: Jews and Ethnographic Impulse (2016). He is currently working on a book about the pogroms of the Russian Civil War. 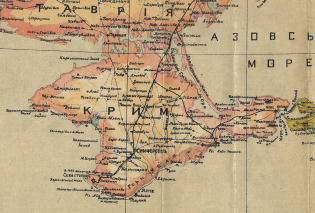