Symposium: Pears Institute for the study of Antisemitism, Birkbeck, University of London in partnership with the All-Party Parliamentary Group Against Antisemitism

The aim of the symposium is twofold. First, it is to consider those aspects of discourse which offend Jews. Is offensive discourse necessarily antisemitic? Do people take offence too readily and endanger free debate? At what point does criticism of Israel become offensive? Second, it is to ask whether, in view of growing concern over antisemitism, the law should be augmented or amended to protect Jews further or whether current laws that target discrimination and prejudice give adequate protection.

Session 3: Race, Religion and the Law

Please note: this symposium does not form part of the Chakrabarti inquiry into antisemitism and other forms of racism in the Labour Party. 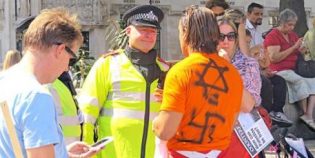