This talk explores how memory of antisemitism informs South African Jews’ self-understanding and engagement with racism in South African society. Drawing on historical materials and contemporary interviews, Shirli Gilbert will explore Jews’ diverging perspectives on victimhood: their own victimhood, that of others, and how the two may or may not intersect. Contemporary views echo the diverging Holocaust memory cultures that developed during the apartheid years among activist Jews and within communal institutions. However, the present-day situation is complicated by the pervasiveness of Israel-apartheid analogies in the South African public sphere, as well as a state-sanctioned discourse about the apartheid past that is infused with references to the Holocaust. 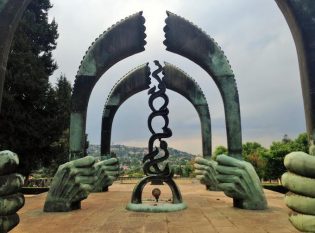