Racism, Antisemitism and the Revival of the Far-Right in ‘Post-Racial’ America: a Historical Perspective

The election of Donald Trump has seen a resurgence of the far-right and of wider racism, antisemitism and Islamophobia in the United States. This paper will add a historical perspective on these events by looking at the rise and fall of the far-right, how it has intersected with the mainstream and was defeated in each of its five eras: 1) post-civil war reconstruction, 2) nativism and fascism between the wars, 3) civil rights, 4) mainstreaming and 5) paramilitarization and Nazification. This history will be examined not only in the context of the resurgence under Trump, which drew on movements and ideologies of these eras (e.g. neo-confederate white supremacy of the first and third eras and antisemitic fascism and nazism of the second and fifth), but also in the context of debates about ‘post-racial’ America and about effective resistance and opposition to the far-right post-Charlottesville. 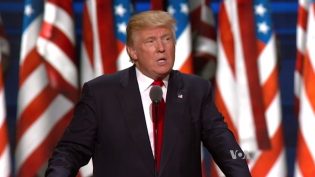