The Armenian Genocide – Reflections and Comparisons

This year marks the centenary of one of the first genocides of the 20th century, committed during the First World War by the Young Turk regime against the Armenian population, and also against Assyrians and Greeks, in the Ottoman Empire.  Some two decades later Hitler famously cited the genocide of the Armenians as a precedent for the mass killings the Nazis were to carry out during the Second World War. In this half-day workshop, a number of leading genocide scholars will reflect on some of the key issues raised by the Armenian genocide and on its significance in the wider context of the history of the ‘crime of crimes’, both in relation to the Holocaust and to other cases.

Cathie Carmichael is Professor of European History at the University of East Anglia. She is an editor of the Journal of Genocide Research and a member of the International Advisory Board of Europe-Asia Studies. She has written extensively on issues relating to national identity, borders and violence, especially in the former Yugoslavia and is the author of, amongst others, Genocide before the Holocaust, (Yale University Press, 2009) and Ethnic Cleansing in the Balkans: Nationalism and the Destruction of Tradition (Routledge, 2002).

A. Dirk Moses is Professor of Global and Colonial History at the European University Institute in Florence. He is senior editor of the Journal of Genocide Research. He is the author of, amongst others, German Intellectuals and the Nazi Past (2007), and the editor of Genocide: Critical Concepts in Historical Studies (Routledge, 2010), and Empire, Colony, Genocide: Conquest, Occupation, and Subaltern Resistance in World History (Berghahn, 2008); and co-editor of the Oxford Handbook on Genocide Studies (2010) and of Genocide and Settler Society: Frontier Violence and Stolen Aboriginal Children in Australian History (Berghahn, 2004). He is currently finishing a book called Genocide and the Terror of History.

Philip Spencer is Emeritus Professor of Holocaust and Genocide Studies at Kingston University and a Visiting Professor at Birkbeck, where he is also an Associate of the Pears Institute for the study of Antisemitism. He is the author of Genocide since 1945 (Routledge 2012) and (with Howard Wollman) of Nationalism: A Critical Introduction (Sage, 2002) and co-editor of Nations and Nationalism (Edinburgh University Press, 2006). He is currently completing (with Robert Fine) a book on Cosmopolitanism and Antisemitism.

Dr. Uğur Ümit Üngör is Senior Lecturer, Department of History, Utrecht University and Research Fellow at NIOD: Institute for War, Holocaust and Genocide Studies, Amsterdam. His most recent publications include Confiscation and Destruction: The Young Turk Seizure of Armenian Property (Continuum, 2011), and the award-winning The Making of Modern Turkey: Nation and State in Eastern Anatolia, 1913-1950 (Oxford University Press, 2011). He is currently coordinating an NWO-funded research project on paramilitarism in the twentieth century. 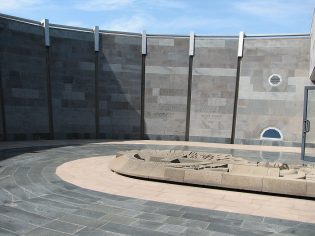