The Ghetto Of Venice: Past, Present, Future

The word ghetto was coined in Venice in 1516, it was later applied to other Jewish areas in Italy and Western Europe. By the second half of the twentieth-century ghetto became synonymous with ethnic segregation especially in the United States. This lecture looks at the history of the Ghetto of Venice and discusses the present challenges and future prospects of an iconic Jewish heritage site that has just celebrated 500 years of continuous existence and embodies the predicament of a city threatened increasingly by a “tourist monoculture”.

Shaul Bassi is associate professor of English at Ca’Foscari University of Venice. His research interests include Shakespeare and Jewish studies. He is co-founder and Italian president of Beit Venezia – A Home for Jewish Culture, and he coordinated the Committee for the 500th anniversary of the Ghetto of Venice (1516-2016). His recent publications include Shakespeare in Venice. Exploring the City with Shylock and Othello (with Alberto Toso Fei, Elzeviro 2007, new ed. 2016) and Shakespeare’s Italy and Italy’s Shakespeare. Place, ‘Race’ and Politics (Palgrave Macmillan, 2016). 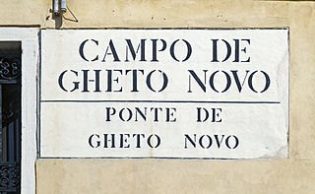