The Last of the Unjust

It took Claude Lanzmann forty years to complete this film of his 1975 dialogues with Benjamin Murmelstein, former leading rabbi of Vienna, one of three Jewish elders, and the only one to survive, who worked under Nazi orders at Theresienstadt during World War II.

Originally the first footage Lanzmann filmed for his epochal Shoah, the dialogues were not included in that film. Like Shoah, The Last of the Unjust raises the most searching ethical and political questions: in this case, about Murmelstein’s role in the Holocaust, the subsequent accusations of his treachery and his exile, and about Lanzmann’s role as film-maker in the reading and preserving of this history.

The complexity of Lanzmann’s role, and the place of his films in contemporary discussions about legacy and continuity in relation to Jewish history, will be the focus of the discussion following the film’s screening, led by Professor Jacqueline Rose and Professor David Feldman.

Format of the screening:

You are welcome to join us for the whole event or just the discussion. 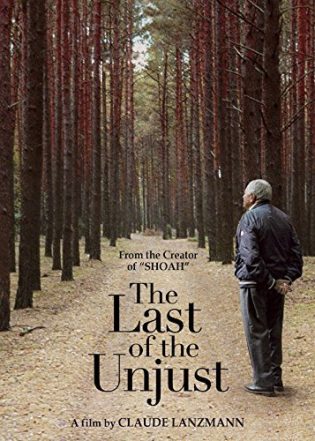