The Left and Jews in Britain Today

The relationship between Jews and the British left has long been a source of controversy and, sometimes, acrimony. Support for the Palestinians and criticism (some argue the ‘demonization’) of Israel has provided one set of recurrent contentious issues. There has also been division over whether some parts of the left are prepared to tolerate rather than condemn antisemitism and, conversely, whether Jews engage sufficiently with campaigns against other racisms. Most recently, Jeremy Corbyn’s successful campaign to become leader of the Labour Party, and opposition to that campaign, appears to have driven relations between British Jews and the Labour Party to a new low point.

The aim of the panel will be to ask to what extent relations between Jews and the left have turned sour. In so far as they have, why has this happened? Does negative commentary in the Jewish press and elsewhere reflect or inflame opinion? Finally, the panel will ask what it is that Jews and people on the left should do now? 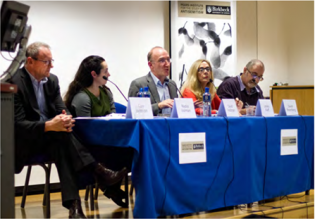