The Memoirs and Memory of Jan Karski

A few weeks after Hitler started the Second World War, Jan Karski became a messenger for the Polish underground, risking his life to keep the exiled government informed of the situation in Poland. Karski was soon captured by the Gestapo and endured horrific torture before being rescued by his comrades. This experience pushed Karski to intensify his resistance activities. In 1942 he was given his main mission: to report to the Polish Government in exile and the Allies on life, resistance and politics in occupied Poland. To prepare for his mission, Karski met representatives of political parties and underground movements. But Jewish leaders gave him the heaviest burden of all: they smuggled Karski into the Warsaw ghetto and a concentration camp so he could witness the death and destruction himself and alert the Allies. In July 1943 Karski met with Franklin D. Roosevelt and told him of the horrors he had seen. This encounter propelled Karski into post-war Holocaust history and memory.

Karski published his memoirs, Courier for Poland: The Story of a Secret State, in 1944. His story has since captured the attention of film makers, novelists and journalists who have focused on Karski’s role of alerting the Allied forces to the Holocaust – a role that has become dogged by misinterpretation, conjecture and controversy. Claude Lanzmann interviewed Karski for his film Shoah, but when it was released in 1985 Karski was deeply disturbed that it failed to acknowledge the work of the Polish nation in helping the Jews. This initiated a broader discussion about how testimony could be manipulated to meet artistic ideals. A similar debate has since re-surfaced. In 2009, the French novelist Yannick Haenel published Jan Karksi, which includes a fictional account of Karski’s meeting with Roosevelt – an account so controversial it developed into the ‘Karski Affair’, inciting the fury of academics and others. Click here for newsclip in French. These debates have been accompanied by renewed interest in Karski’s memoirs which have recently been republished in Poland, France and the UK.

This round-table involves an international panel of distinguished speakers: Michael Berkowitz, whose research includes modes of understanding and misunderstanding the Holocaust; Antony Polonsky, an expert on Polish history; and Annette Wieviorka, one of France’s foremost historians on the Holocaust. These three scholars will explore the connections and controversies which have revolved around Karski both during and after his lifetime. They will consider the mythology that has built around the Karski story and try to separate fact from fiction. Ultimately, they hope to engage in a broader discussion about representation, testimony and the transnational effects of Holocaust memory in America, France, the UK and Poland.

There will be a screening of a short extract of Claude Lanzmann’s Shoah, showing part of Jan Karski’s testimony. Click here to play. 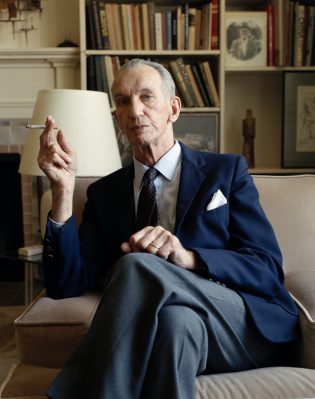