The Merchant of Venice

This film screening and panel discussion is one of a series exploring themes from the exhibition, Jews, Money, Myth at the Jewish Museum London (19 March – 7 July), developed in collaboration with the Pears Institute for the study of Antisemitism

Abused and ridiculed, despised and pitied, the figure of Shylock, the Jewish moneylender in Shakespeare’s The Merchant of Venice, remains for many, the epitome of the marginalised Jew in European literary imagination. Set in 16th-century Venice, the play employs deeply-rooted stereotypes linking Jews with money, while exploring the nature of love, prejudice, greed and revenge. Performances of The Merchant of Venice provoke strong emotions and heated debates on some of the most fraught questions in Jewish-Christian relations. Join us to watch the acclaimed 2004 cinematic adaptation of the play, directed by Michael Radford and starring Jeremy Irons and Al Pacino and for the panel discussion that follows.

In the panel discussion speakers will consider Shakespeare’s complex engagement with anti-Jewish stereotypes circulating in his time, its significance for understanding the relation between religious and economic issues in the history of anti-Jewish prejudice and the ethical and political questions which the play raises. Questions and answers and an open discussion will follow. 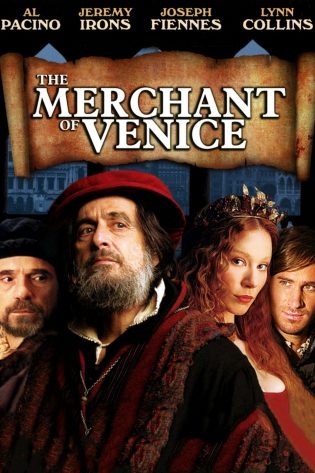