In contemporary Britain, the relationship between public Holocaust memory and discussion of the State of Israel is both sensitive and difficult to bring fully into focus. In this talk David Tollerton will suggest that there is a recurrent three-fold situation in which (i) Holocaust commemoration and education are frequently cited as crucial tools for combatting antisemitism, (ii) discussions on antisemitism are often bound up with debates about Israel, but (iii) public Holocaust remembrance largely avoids addressing Israel and does not explicitly equip participants with the means to navigate discourses concerning (anti-)Zionism. The net outcome is one in which Israel has a liminal presence/absence in British Holocaust memory – one that makes pragmatic sense in various immediate contexts but may be unstable overall. It is a complex and controversial topic, and this presentation is framed as an initial exploration of a too-often unacknowledged aspect of the Holocaust’s legacy in 21st century Britain.

Play: The Presence/Absence of Israel as an Object of Focus in Britain’s Public Holocaust Memory 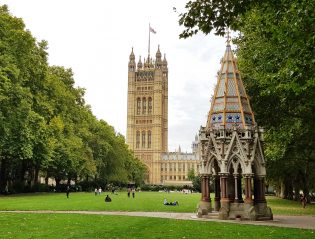