The Recurrence of Genocide Since the Holocaust

This event has been rescheduled from earlier in 2013

The Holocaust was followed by the Genocide Convention, aimed explicitly at ridding mankind of this ‘odious scourge’. The Convention was, with the Universal Declaration of Human Rights, one of the founding documents of the post-Holocaust era; but genocide recurs, and with alarming frequency, across almost every continent.  Little has been done to prevent or halt the recurrence of this ‘crime of crimes’ and very few perpetrators have been brought to justice.

In this lecture, Professor Spencer explores some of the reasons that have been put forward to account for these troubling failures, and reflects on what light our current understandings of the Holocaust can throw on the acute problem of genocide today.

Professor Spencer is Director of the Helen Bamber Centre for the Study of Rights, Conflict and Mass Violence at Kingston University. His most recent book, Genocide since 1945 (Routledge, 2012) traces the history of genocide since the Holocaust looking at a number of cases across continents and decades. 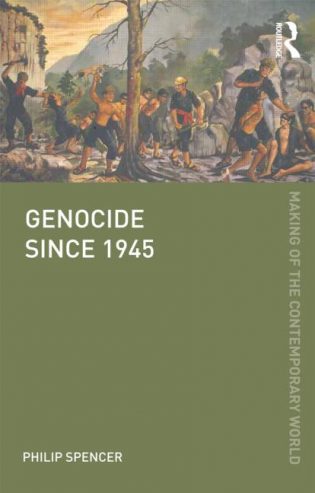