The Untold Story of Emmett Louis Till

Black History Month | Sunday Screening and Discussion. In partnership with Birkbeck Institute for Social Research, the Department of History, Classics and Archaeology, Birkbeck, University of London and the Raphael Samuel History Centre

Mississippi, August 1955. Soon after he is accused of whistling at a white woman in public, Emmett Louis Till, a 14-year-old African American, is kidnapped and lynched.

The Untold Story of Emmett Louis Till (2005), produced and directed by Keith Beauchamp, presents a compelling examination of racism in 1950s America. This award winning documentary, which took over nine years to complete, examines the circumstances surrounding the murder of Emmett Till and the outrage that followed, interspersing TV and news footage from 1955 with Beauchamp’s own interviews with numerous eye witnesses who offer previously unheard testimonies. Beauchamp’s investigations led to the US Department of Justice reopening the Till case in 2004.

The film won the National Board of Review, USA Freedom of Expression Award in 2005, the Silver Gavel Award from the American Bar Association, the Miami Film Festival, Documentary Features Audience Award and Special Jury Award, as well as receiving an Emmy and NAACP nomination.

The screening will be followed by a discussion and Q&As chaired by Professor David Feldman, Director, Birkbeck Institute for the Study of Antisemitism.

The screening of this documentary coincides with the release of the feature film Till (Dir. Chinonye Chukwu, 2022), co-written and produced by Keith Beauchamp, which chronicles the fight for justice for Emmett Till by his mother, Mamie Till-Mobley.

Keith Beauchamp is an American filmmaker and founder of Till Freedom Come Productions. He is best known for his extensive investigation of and films about the lynching of Emmett Till.  He has assisted the Federal Bureau of Investigation on other unsolved civil rights murders and produced a series of documentaries about these cases.

Watch: The Untold Story of Emmett Louis Till 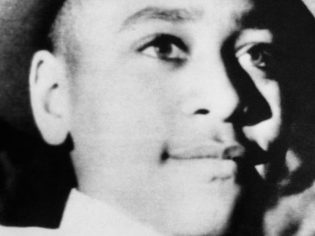