The workshop’s emphasis is on new and innovative work being undertaken in the field and is intended to provide a forum for presenting and analysing the most recent critical and theoretical approaches to British-Jewish fiction, film, television drama and documentary.

Through the workshop we hope to explore, among other topics, the representation of ‘hyphenated’ British and Jewish identities; the recent history and current state of British-Jewish literary and visual culture; and the relation of that culture to the mainstream in Britain. The seminar will also consider British-Jewish culture in the light of postcolonial thinking and in comparison to the development of Jewish culture in the USA.

David Feldman, Pears Institute for the study of Antisemitism, Birkbeck, University of London 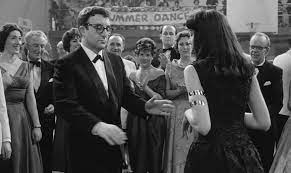