This lecture-concert brings back to life Yiddish songs, recently discovered in the Vernadsky Ukrainian National Library, which were created in Ukraine and other parts of the Soviet Union during World War II.

Written by women, children and amateur soldiers, these songs tell the story of how Soviet Jews made sense of World War II as it unfolded.

Performed in Yiddish by Grammy-nominated singer Psoy Korolenko, with narration by Anna Shternshis, University of Toronto.

Pavel Lion, a.k.a. Psoy Korolenko is a multilingual singer/songwriter. Known as a “wandering scholar” – he has a PhD in Russian Literature – his unique folk cabaret balances comic verses, ballads, Soviet songs, French Chanson, Klezmer and Tropicalia. He has released many CDs in solo and in collaboration with Daniel Kahn, Igor Krutogolov, Oy Division, Opa! and others. He collaborates on various projects including  ‘Yiddish Glory’, ‘The Brothers Nazaroff’ and ‘Defesa’.

Anna Shternshis is the Al and Malka Green Professor of Yiddish studies and Director of the Anne Tanenbaum Centre for Jewish Studies at the University of Toronto. Her publications include: Soviet and Kosher: Jewish Popular Culture in the Soviet Union, 1923–1939 (Indiana University Press, 2006) and When Sonia Met Boris: An Oral History of Jewish Life under Stalin (Oxford University Press, 2017). She created and directed the Grammy-nominated ’Yiddish Glory’ project, together with artist Psoy Korolenko, which brought back to life the forgotten Yiddish music written during the Holocaust in the Soviet Union.

This event is part of the international conference, Beyond Camps and Forced Labour: current international research on survivors of Nazi persecution, 4 January – 6 January 2023, hosted by Birkbeck Institute for the Study of Antisemitism and The Wiener Holocaust Library. This conference brings together scholars from a variety of disciplines who are engaged in research on all groups of survivors of Nazi persecution, and who explore its aftermath in Europe and beyond, including issues of survival, rehabilitation, postwar trials and justice, and memory. 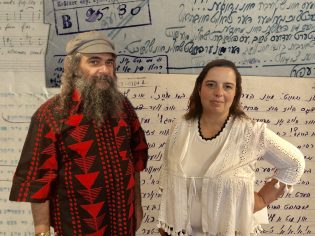