Zionism and Antisemitism – An International Conference

This three day international conference brings together more than 35 scholars from institutions in eight countries, from different disciplines and with diverse perspectives, to examine the interaction between Zionism and antisemitism as it has developed from the nineteenth century through to the present day. Themes to be explored include: Christianity, Jews and Zionism; Zionism and National Socialism; memories of the Holocaust and the Nakba; racisms; and anti-Zionism and antisemitism.

Political Zionism and antisemitism have been connected ever since the late nineteenth century. From the 1870s, self-proclaimed antisemites regarded Jews as an unassimilable element within their nations and states. Many Zionists concluded that the persistence of antisemitism required a Jewish state or national home in Palestine. ‘We are one people – our enemies have made us one in our despite….Distress binds us together,’ wrote Theodor Herzl in The Jewish State, in 1896.

This is a timely moment for our conference. November 2017 brings the 100th anniversary of the Balfour Declaration which enabled the Zionist movement to build a national home in Palestine and set it on the road to statehood, achieved three decades later. This year also marks the 50th anniversary of the Six Day War. The war and its aftermath have added further dimensions to the relationship between Zionism and antisemitism.

The podcasts for speakers who gave their consent to be recorded are below.

Play: Adam Sutcliffe - 'The organ of unifying and sanctifying love': Jews and non-Jews in the Zionist Vision of Moses Hess

Play: Basir Bashir - The Memories of the Holocaust and Nakba and the Politics of Binationalism in Israel/Palestine - Keynote Leture

Play: Robert B. Isaacson - The Zionist as 'Survivor': Holocaust Memory and the Origins of the French-Israeli Alliance

Play: Alan Johnson - 'A Global Revision'? Late Trotsky on Antisemitism and the Necessity of a Territorial Solution to 'the Jewish Question'

Play: Tony Klug - The Israeli Occupation and the Rise of Antisemitism - Is there a Connection?

Play: Roger Frie - The Intersection of Philosemitism and Antisemitism: German Responses to the Nazi Past and the Holocaust

Play: Peter Ullrich - Antisemitism as a Problem and a Symbol

Play: Keith Kahn-Harris - The Contemporary Controversy over Left-Wing Antisemitism and the Problem of Power 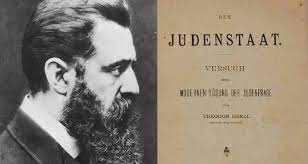